The "Ravens" CDs arrived to Finland so it's time for a proper record release party.

In Finnish mythology birds were important in various ways (world was born from an egg, Lintukoto ”bird home” was comparable to heaven, white or black birds accompanied the souls of the deceased after death etc). Ravens were seen sometimes as bad omens, sometimes as good ones. Either way they dealt with sorrows of the mortals and were thought to be able to drown sorrows in a fishless lake. This is the main theme of the song ”Ravens”, along with mans bond to nature, the connection of man and raven and the ultimate unity of everything though all things in nature.

The video of ”Ravens” takes this concept a bit further. The anthropomorphized Sorrow is another aspect of mythological raven, who is unjustly considered ”bad” as Sorrow spreads into everything it touches. Sorrow in this case can be seen to represent anything wrong in the world or people. While ”Ravens” dives deep into Finnish tradition, Chaos Research’s 2022-2023 work Wheel of the Year takes this theme further still, according to the folkloristic and magical concepts and themes associated with traditional pagan holy days, along with personal experiences related to them.

The Beast of Sorrow – Ville Kinnunen

Dance and choreography by Eveliina Kiukkonen

During 2022 we are releasing a series of long-form ambient versions of some of our old songs. These are intended mainly as background music and mood setters for businesses, meditation, seances or where every you require a dark meditative mood.

Taken from the 2018 album "A Shadow that defies the Light"

"In Power we entrust the Love advocated" single:

We have played this song on our gigs for a couple of years now so it was time to properly release our version of this Dead Can Dance classic. Digital release only.

A Shadow that defies the Light

The 4th Chaos Research album "A Shadow that defies the Light" is out! It is available as digipak CD and as digital release on all major platforms.

You can order the CD directly from us HERE 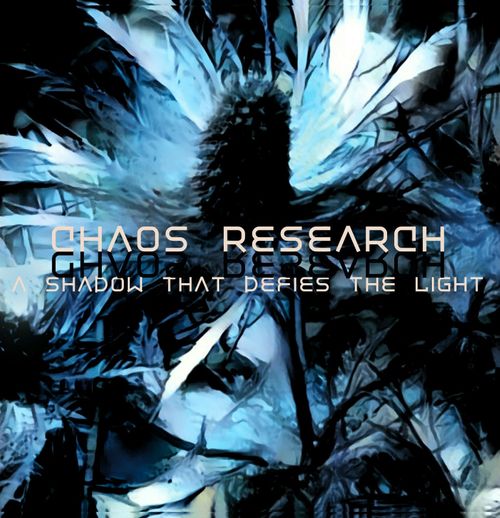